how to make iPhone safer

why it is important to make your iPhone safer?
How many secrets do you think your iPhone can reveal to strangers? Even when it’s in your hands, placed on the table, or being charged from a laptop it can reveal quite a few—from personal correspondence and photos, to financial information and credentials. So how to make iPhone safer? Well, you can follow our tips in order to maximize your iPhone security.

10 steps to how make your iPhone safer?
step 1. Use a strong password

The simplest and most efficient way to make iPhone safer is to use a strong password instead of a simple 4 digit pin code for unlocking your iPhone. It’s a good idea to use a combination of letters, digits and symbols. It’s even better if the password is requested immediately after the lock screen, without any delay. As an extra option, you can also turn the “erase data” feature on, so the device will wipe everything from its memory after 10 failed Passcode attempts. keep in mind that all the data will be erased forever and you won’t be able to recover it, so it’s best not to forget your password. Any password, even the strongest one, won’t prevent your data from being revealed if it appears on a lock screen. Messages, emails, and other information in your apps can contain some sensitive data like confirmation codes, private appointments, financial data, etc. The less your iPhone shows on a lock screen, the safer your iPhone is.

step 3.Turn on two-step verification for Apple ID and iCloud

One lock is good, but two is better. That’s why it’s highly recommended that you set up two step verrification whenever it’s available for Apple ID When you set up two-step verification, you register one or more trusted devices (devices you control) that can receive 4-digit verification codes using either SMS or the Find My iPhone service. Then, any time you sign in to manage your Apple ID, sign in to the iCloud, or make an iTunes, iBooks, or App Store purchase from a new device, you’ll need to verify your identity by entering both your password and a 4-digit verification code.

Anybody can use Siri on a lock screen while you’re away from your iPhone.Siri is a great Phone feature, but sometimes this nice personal assistant can give away some information that you would prefer to keep confidential. It’s not necessary to turn it off completely, but you can make your iPhone safer if you prevent it from activating from a lock screen or on a “Hey Siri” voice command. Don’t forget: Siri can communicate with anyone, not just with an owner of the device it works on. If your device sports Apple’s Touch ID fingerprint scanner (the iPhone 7 series, iPhone 6 and 6S series, SE, and 5S, as well as both iPad Pro models, iPad Air 2 and iPad mini 3 and 4) you should use it. The same is true of Face ID on the iPhone X. Having to scan your fingerprint or your face to unlock your device is much stronger security and can make your iPhone safer than a four-digit pass code that you can forget or that can be guessed by a computer with enough time.

iPhone have a very good feature which allows you to automatically connect to known WiFi Hotspot without your permission. On the one hand, this is a very useful option, as you don’t need to do anything to switch from mobile Internet to local WiFi. But on the other hand, there’s a chance that a cybercriminal will establish his own fake wireless network with the same name as a trusted public hotspot. In this scenario you might not even recognize that your iPhone is working within the malicious WiFi network, giving away all of your data to the scammer. That’s why we recommend that you either be very aware of every  Wifi Hotspot you are in, or turn this option off to make iPhone safer. 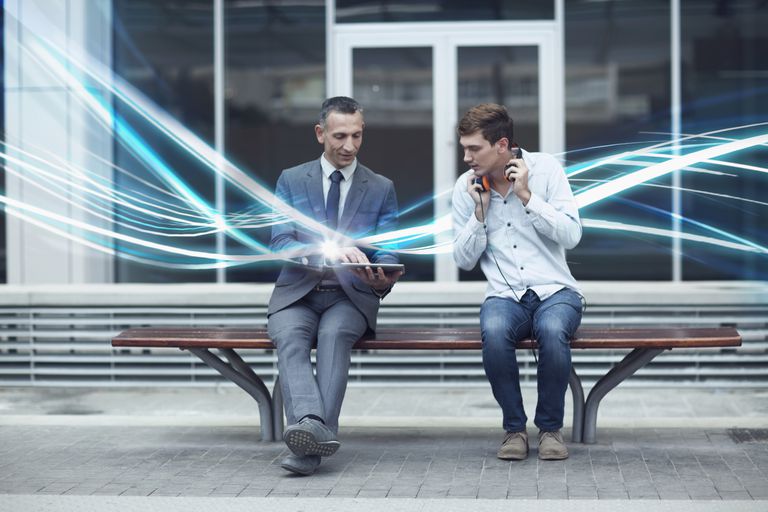 There aren’t a lot of apps that will improve your ipad touch or iPhone security right now—though that may change.

As iPhone security becomes a bigger issue, expect to see things like V P N clients for the iPhone. When you do see them, though, be skeptical. Apple’s design for the iOS is very different than, say, Microsoft’s for Windows and it’s much more secure. Security is unlikely to become as big a problem on iOS as it is on other OSes. Having said that, you can always learn more about protecting your digital privacy and prevent government spying—it never hurts to know as much as you can.

Cookies are small files which almost any website generates and leaves on your device. They may contain some information about you, your computer or smartphone, and your preferences. It helps websites keep you logged in, or to show you some relevant content including ads, but in some cases they may be very helpful to cybercriminals as they can contain credentials and other sensitive data. To be honest, turning off cookies might bring you more stress than relief, but it helps your data by being more secure. Plus, some discomfort is not the biggest price you have to pay for data protection. step 9. Turn off the Auto Fill option in your browsers

The same goes for the Auto Fill option: if somebody gets your iPhone, then chances are this person will be able to log in as you on a number of sites. You don’t want this to happen, do you? Then switch it off! Again, you’ll experience some inconveniences, but it’s worth it.

make sure that you’re always running the most recent iteration of iOS, including smaller ‘dot’ updates.

Hackers occasionally find flaws in Apple’s coding which they can exploit, potentially giving them access to your personal data. New iOS updates are Apple’s way of combatting the exploits by patching any holes in the OS while implementing better stability enhancements.

To update to the lates vertion of iOS, open the Settings app and tap General > Software update. You’ll either be welcomed by a note letting you know you’re already running the most up to date version of iOS, or be prompted to download and install the latest update.

The latest version of iOS is iOS 11, but point updates for iOS 11 are regularly released so it’s important to keep an eye out for those. We track the latest updates to iOS 11 here, so you can be sure if there are any issues before updating.